WHAT ARE THE GAPS BETWEEN CHINA’S POWER DISTRIBUTION NETWORK CONSTRUCTION AND DEVELOPED COUNTRIES IN THE WORLD?

In 2016, the country produced a total of 19205 GIS (gas-insulated metal-enclosed switchgear) with voltage levels of 126kV and above, and the compound growth rate from 2009 to 2016 was 7.03%. From the perspective of subdivided products, during the “Twelfth Five-Year Plan” period, the output of 550kV GIS increased rapidly. According to the preliminary statistics of the Prospective Industry Research Institute, the output of GIS with a voltage level of 126KV and above in 2017 exceeded the 21,000 interval mark, reaching about 21,433 intervals.

From the current practice, GIS has the characteristics of safety and reliability, flexible configuration, strong environmental adaptability, long maintenance period and convenient installation. At present, in the 63-500kV power system in our country, the application of GIS has been quite extensive.

Compared with the traditional “centralized” energy utilization, “distributed” energy refers to a comprehensive energy utilization system built near the user’s load center rather than long-distance transmission, covering power generation, cogeneration, storage Various forms of energy and energy management systems, such as household solar power generation systems or household wall-mounted gas heating systems are common distributed energy sources. The early distributed energy was developed on the basis of the combined heat and power system (CHP), and then the distributed energy system gradually expanded to the multiple energy types of cooling, heating, electricity and steam on the user side (CCHP) systems and renewable energy generation systems.

As my country continues to promote the structural reform of the energy supply side and promote the transformation of energy development from extensive to quality and efficiency improvement, distributed energy such as photovoltaics, natural gas, wind power, biomass energy, and geothermal energy has become my country’s response to climate change. An important part of ensuring energy security.

1. Macroscopic comparison of society and economy. The development status of society and economy directly reflects and guides the planning and construction of distribution network. Some comprehensive data on my country’s new-type urbanization construction and per capita annual domestic electricity consumption show that my country’s urbanization and electrification level has a large space. Correspondingly, the planning, construction and large-scale development of urban distribution network still have great potential.

It can be seen from this that there is a lot of room and pressure to improve the reliability of power supply in my country.

Although the specific topology is different, the basic trend of foreign advanced grid structures is to develop in a “dumbbell shape”.

At present, the high-voltage distribution network in Beijing in my country is similar to the international advanced distribution network, mainly in ring network and radial operation (ie “hand-in-hand” grid structure). , the network wiring mode is complex, and it is difficult to form a standardization.

In addition, the insulation rate of 10 (20) kV urban grid overhead lines at the advanced foreign level is as high as 80%, while the domestic current is only 22.4%. Therefore, in terms of upgrading the distribution network structure, a major task at present is to learn from the advanced level of foreign countries and make adjustments in line with the actual local development.

Specifically, for the first-tier cities, strive to build a network architecture with both reliability and flexibility, fully realize the double-sided power supply and ring network structure, strengthen the connection rate of medium-voltage lines, and improve the load transfer capacity; for other cities and towns, combined with For the development of local economy and load, firstly solve the problem of insufficient N-1 capacity of high-voltage distribution network and the problem of “single-line single-transformation”, and gradually improve the problems of insufficient segmentation of medium-voltage distribution network and insufficient line connection; rural areas should first improve the problem of power supply radius.

As far as the actual situation is concerned, some first-tier cities in my country have initially achieved a considerable and controllable distribution network, while other areas lack the ability to monitor and automate operations, and there is still potential and tasks for substantial improvement.

5. Distribution network asset management. The integration of new and old equipment and new and old technology networks in the distribution network is the physical carrier of the future comprehensive energy system, and an indispensable cornerstone and support for the construction of smart grids and energy Internet.

From the perspective of foreign development history, when the growth of economy and electricity load is basically stable, the guarantee for distribution network enterprises to realize social responsibility, reasonably manage and control the power grid, and improve profitability is asset management technology.

How to utilize the existing equipment and network efficiently and effectively is one of the two major directions of the International Large Grid Organization. In particular, with the retirement of experienced engineers and technicians, there is a gap in talents and a lack of inheritance, and the inheritance of rich first-hand experience and professional knowledge is in crisis, which has aroused global attention, especially the high vigilance of Western developed countries.

Taking the UK distribution network as an example, since the 1970s, the UK has tried to scientifically manage a large number of assets in the distribution network, and the asset management system it developed even predates the IPv4-based Internet technology.

At present, after long-term practice, the British distribution network has formed a lot of advanced experience in technical specifications, software and hardware platform development and application. Comparatively speaking, the concept and technology of domestic asset management started relatively late. Asset management technology and level still need to be greatly improved.

In view of the characteristics of large quantity and wide range of distribution equipment, relatively low unit price, and complex and changeable distribution network structure, it is necessary to deepen the research and development of asset management theory/application system that adapts to my country’s national conditions and distribution network management and control methods as soon as possible, and conduct in-depth pilot projects. work, and then promote the application of beneficial programs.

State Grid Corporation of China also launched the international benchmarking of distribution network assets last year, and I myself have also participated in some work as an expert. I think it is especially necessary to change the concept and deeply understand that scientific and intelligent asset management is an effective way to improve quality and efficiency. Asset management is not a simple management work, but a systematic and comprehensive discipline that integrates various theories, technologies and experiences while coordinating technology, economics and management, and an art of balancing cost, performance and risk. 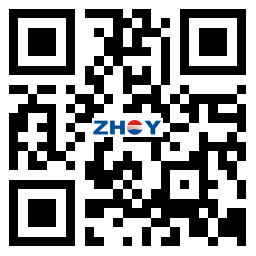